Home » Advertisement » Featured » moments' as secretary of state, addresses plans for the future

moments' as secretary of state, addresses plans for the future 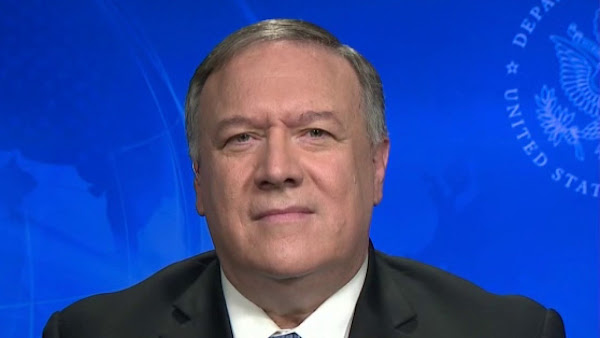 The release of 3 American detainees from North Korea was a highlight for Pompeo Pompeo reflects on 'most memorable moments,' addresses plans for the future U.S. Secretary of state joins 'Special Report' after returning from diplomatic trip to Middle East Secretary of State Mike Pompeo on Thursday reflected on some of the most memorable moments during his two-year tenure heading the State Department, in a wide-ranging interview on "Special Report." POMPEO FIRES BACK AT 'DEAD WRONG' MATTIS "I haven't had a chance to reflect on it," Pompeo told Bret Baier. "I guess if I were to give you my quick response, it was really something to come back from Pyongyang with three Americans and travel home with them from Asia and return them to their families." Pompeo was referring to the May 2018 release of three Americans detained in North Korea -- all were accused of anti-state activities. Pompeo accompanied the detainees from North Korea back to the United States, in what is now considered among the top accomplishments of the State Department during the Trump administration. Pompeo: Expect more Arab nations to normalize relations with IsraelVideo "They were at real risk and we got a chance to bring three Americans home that morning back at the very beginning of my time as secretary of state," he said. "It was pretty special to do that." CLICK HERE TO GET THE FOX NEWS APP As for his future plans, Pompeo said it is "hard to know" but that he will "keep doing this until we are tapped on the shoulder and told it's no longer time to be the secretary of state." At that point, he added, "Susan and I will figure it out." Until then, Pompeo said the State Department will fully comply with the General Services Administration’s transition protocol for the incoming administration. President-elect Joe Biden announced earlier this week that he appointed Antony Blinken to head the State Department. A veteran government official, Blinken previously served as deputy secretary of state in the Obama administration and was also a principal deputy national security adviser to former President Barack Obama.