Home » Advertisement » Featured » The Coronavirus Has Now Killed 250,000 People in the U.S. 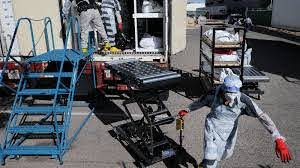