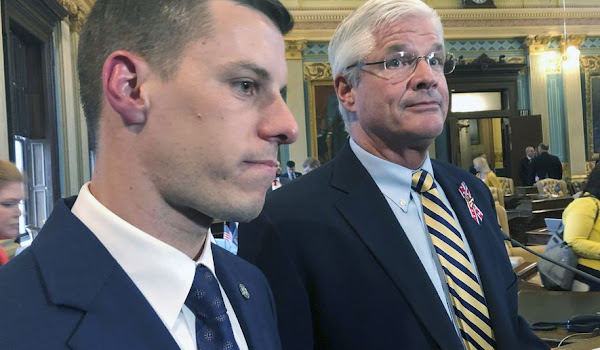 Michigan’s top Republican state legislators said Friday they will “follow the normal process” in certifying the presidential election results, after meeting with President Trump at the White House. “As legislative leaders, we will follow the law and follow the normal process regarding Michigan’s electors, just as we have said throughout this election,” said state Senate Majority Leader Mike Shirkey state House Speaker Lee Chatfield in a joint statement. They also said, “Michigan’s certification process should be a deliberate process free from threats and intimidation. Allegations of fraudulent behavior should be taken seriously, thoroughly investigated, and if proven, prosecuted to the full extent of the law. And the candidates who win the most votes win elections and Michigan’s 16 electoral votes. These are simple truths that should provide confidence in our elections.”The president had invited the Michigan officials as some on his legal team expressed hope that allegations of election fraud would delay certification and leave the decision of choosing presidential electors up to the Republican-controlled legislature. But Democratic Gov. Gretchen Whitmer and others have vowed that the state’s 16 electoral votes will go to presumptive President-elect Joseph R. Biden, who gained about 150,000 more votes than Mr. Trump statewide. Mr. Chatfield and Mr. Shirkey didn’t say that Mr. Biden has won the state.